LEVANTINE CUISINE COMES FROM THE
MIDDLE EASTERN MEDITERRANEAN COAST, EAST OF EGYPT
BACK TO CUISINES

LEVENTINE CUISINE IS THE COOKING OF THE LEVANT. THE LEVANT IS AN APPROXIMATE HISTORICAL GEOGRAPHICAL TERM REFERRING TO A LARGE AREA IN THE EASTERN MEDITERRANEAN REGION OF WESTERN ASIA.

Among the most distinctive foods of this cuisine are traditional small meze dishes such as tabbouleh, hummus, and baba ghanoush.

Tabbouleh is a dish of bulgur cracked wheat with tomatoes, parsley, mint and onion, dressed with olive oil and lemon juice. Baba ghanoush, sometimes called “poor man’s caviar”, is a puree of aubergine with olive oil, often mixed with chopped onion, tomato, cumin, garlic, lemon juice, and parsley. The dish is popular across the whole of the Eastern Mediterranean and North Africa.

Ful medames, originally from Egypt and still a national dish there, consists of fava beans with oil and cumin; it is popular throughout the Levant. The dish may be ancient: dried beans of Neolithic age have been found near Nazareth. 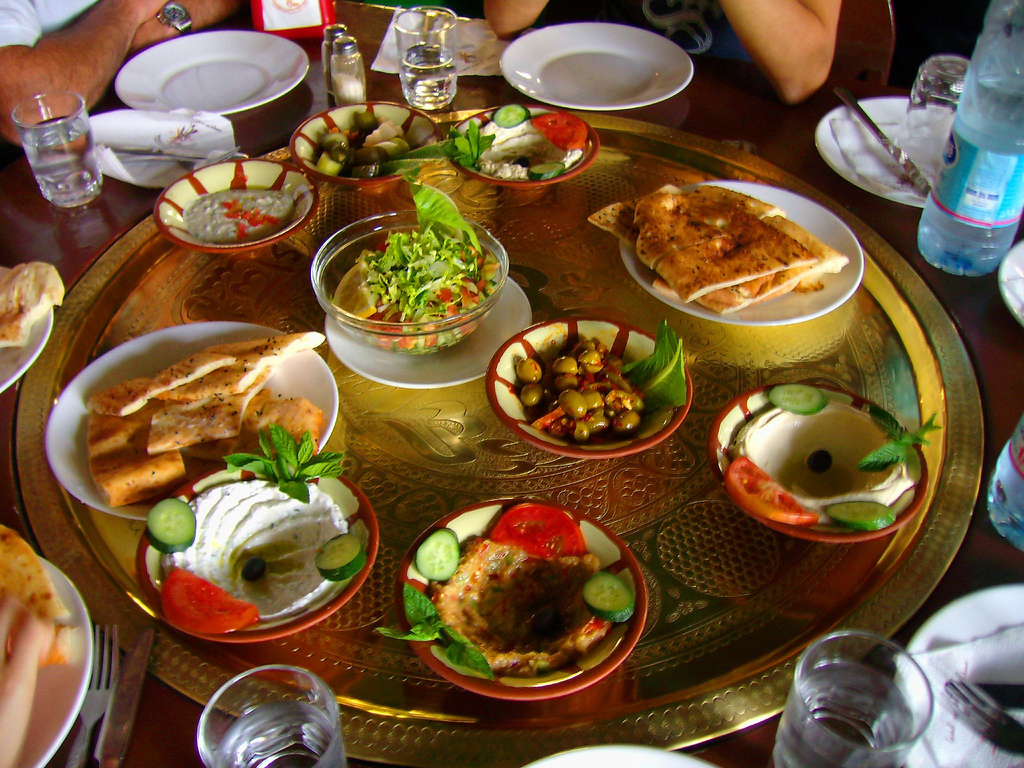