OTTOMAN CUISINE IS A MIX OF
MODERN TURKEY, PARTS OF THE BALKANS, CYPRUS, AND GREECE
BACK TO CUISINES

ONE OF THE REOWNED THREE CUISINES.

OTTOMAN CUISINE IS THE CUISINE OF THE OTTOMAN EMPIRE AND ITS CONTINUATION OF TURKEY, GREECE, THE BALKANS AND PARTS OF THE CAUCASUS AND THE MIDDLE EAST.

A distinctive element is the family of small flaky pastries called börek. These are popular and widespread across the Eastern Mediterranean region, and date as far back as ancient Roman times. Börek are made of thin sheets of filo pastry, filled with mixtures such as meat, caramelised onion and sweet peppers.

Another widespread and popular dish is moussaka, a baked dish of aubergine or potato with various other ingredients: often minced meat and tomatoes, sometimes a layer of egg custard or béchamel sauce on top. In its Greek variant, well known outside the region, it includes layers of aubergine and minced meat with custard or béchamel sauce on top, but that version is a relatively recent innovation, introduced by the chef Nikolaos Tselementes in the 1920s. 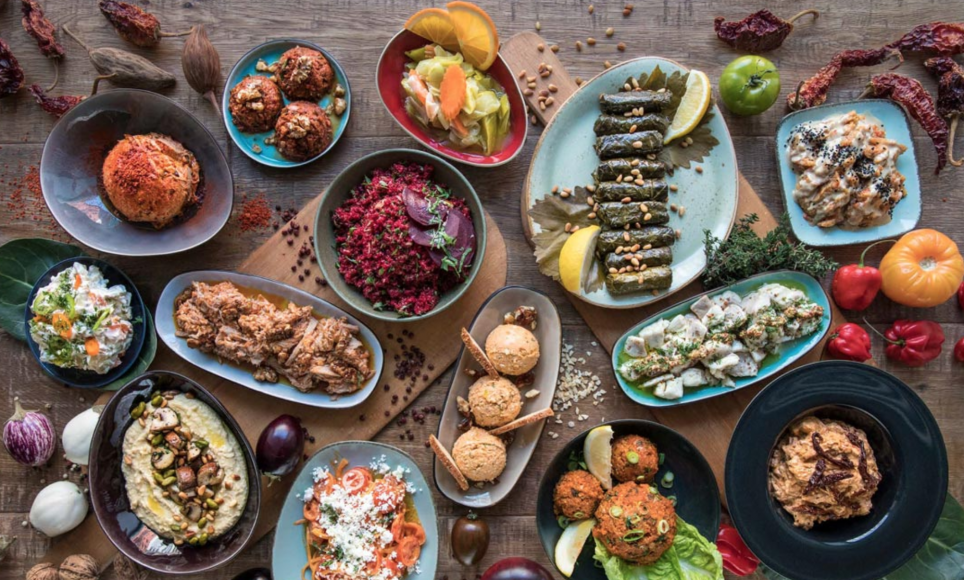