SPANISH CUISINE INCLUDES THE COOKING OF
ANDALUSIA, MURCIA, CATALONIA, VALENCIA AND THE BALEARIC ISLANDS
BACK TO CUISINES

TRADITIONAL SPANISH CUISINE IS DOWN-TO-EARTH, UNCOMPLECATED FOOD BASED ON THE INGREDIENTS AVAILABLE LOCALLY OR THE CROPS GROWN REGIONALLY.

Mountains run through Spain in several directions, acting as natural barriers to communication and making transportation difficult until the last half of the 20th century. This is just one of the reasons why cooking differs so much from region to region. Another is the fact that Spain was created by uniting many small kingdoms, each with their own traditions.

Many dishes are prepared today using the same cooking methods and ingredients as they were two or three hundred years ago. Like the Romans, the Arabs, who conquered and lived in Spain for 800 years made fabulous contributions to Spanish cuisine, and their influence is seen in many recipes. Other dishes sprung up from European and American influences and were adapted to the Spanish taste. One thing is for sure, food in Spain is fresh, abundant, and full of flavor, and the Spanish love their food dearly. 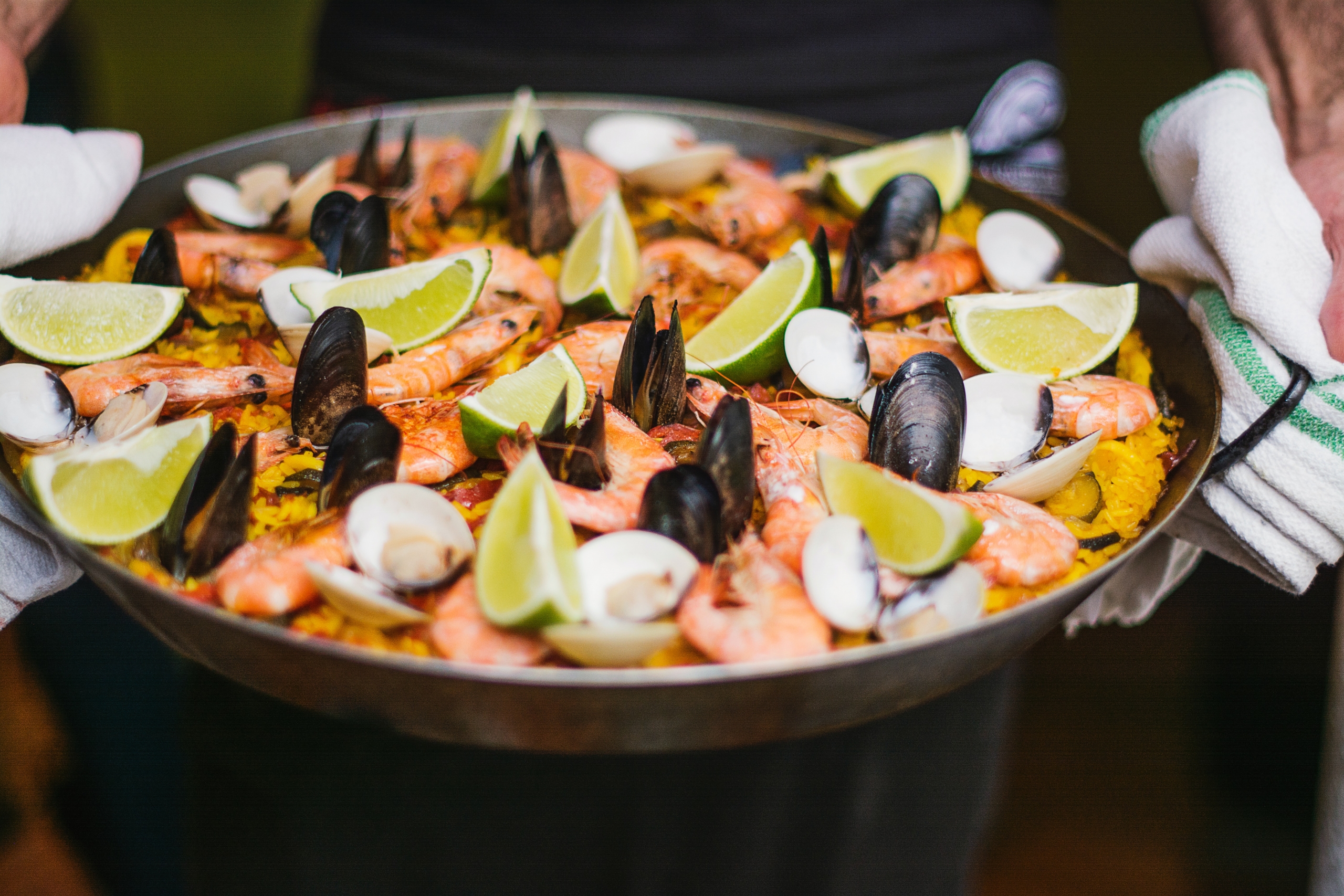 Paella is a characteristic Spanish dish, originally from Valencia, radiating early on to Catalonia and Murcia along Spain’s Mediterranean coast. It comes in many versions, and may contain a mixture of chicken, pork, rabbit, or shellfish, sautéed in olive oil in a large shallow pan, with vegetables, and typically round-grain rice (often of the local albufera, arròs bomba, sénia varieties or similar) cooked to absorb the water and colored with saffron. The dish may be varied with artichoke hearts, peas, sweet peppers, lima beans, string beans, or sausages.